Email ThisBlogThis!Share to TwitterShare to FacebookShare to Pinterest
Posted by Almost Everything Auto Body Repair & Paint at 9:21:00 AM No comments:

Almost Everything's Wreck of the Day is a 2013 Tesla Model S--the first one we know of to wreck. Almost Everything is located about 5 miles from the Tesla factory so we are fortunate to have Tesla employees as customers and to see Teslas every day.

This was a serious crash but the driver was uninjured.  In addition to being blindingly fast, handling better than virtually anything on the road and getting the best fuel efficiency, the National Highway Safety Administration says the Model S is the safest car ever tested. We want one.

Thanks to our buddies at WreckedExotics.com for sending us more photos to cry over.

Email ThisBlogThis!Share to TwitterShare to FacebookShare to Pinterest
Posted by Almost Everything Auto Body Repair & Paint at 6:25:00 PM No comments:

Who knew venerable Consumer Reports tested cars like this?! We are impressed with their video of the Tesla Model S. We're also impressed that the Model S goes like stink, looks & feels like the finest luxury car, uses half the fuel of a Prius, has 2 huge cargo areas and can drive 200 miles between "fill-ups." Who cares if it's powered by electricity, gas or Spam?! These stats are damned hard to argue with. We'll take one in burgundy please. Oh, what the hell, give us one in midnight blue too!

P.S. MotorTrend named the Tesla Model S the 2013 Car of the Year. Consumer Reports gave it the highest score of any car. . . ever. 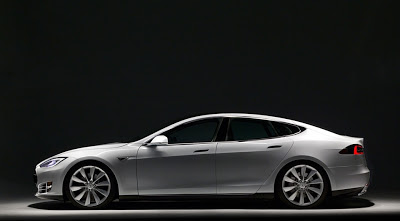 I know that we will never be the final arbiters of this contest—only time will tell if we are right—but our vote for one of the top 10 greatest inventors of all time—and local boy done good—goes to Elon Musk. 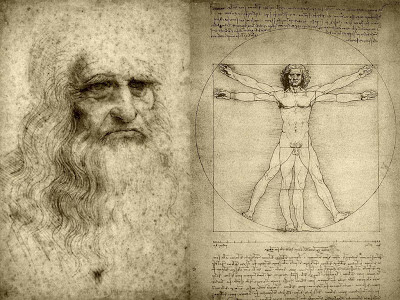 Others in the top ten might include Archimedes, Hero of Alexandria and Musk's car company namesake, Nikola Tesla. Squabble amongst yourselves over the rest.

Elon Musk first came to attention when he co-founded Paypal—a system to instantly transact business between any 2 people in any part of the world. Next his SpaceX became the first commercial venture to do what only government superpowers had managed before—in its October 2012 flight, SpaceX's Dragon 9 delivered supplies to the International Space Station then returned cargo safely to Earth. Musk and SpaceX have their sights set on manned flights and trips to Mars. 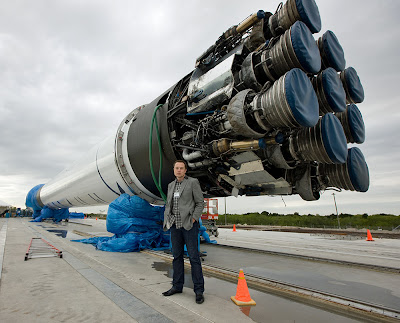 And while we love what Elon has done for commerce and space travel, it is his Tesla Motors that we think will provide the most profound changes to the world. Tesla's Model S looks, accelerates and handles as well or better than any car in its class. Motor Trend named it "2013 Car of the Year." But it is the fact that it is all that AND produces negligible pollution, is an order of magnitude more efficient than virtually all other cars on the road and, according Motor Trend and Consumer Reports, can travel at 55mph (89 kph) for 285 miles (458 km) without "refueling" and then refuel in 20 to 30 minutes that makes it a game changer in terms of global warming, energy prices and standards of living. The technology in this car will make the world a better place and will take us there in greater speed, style and comfort than anything that came before it. . . queue the EXPLOSIONS!

Elon is producing his history-making machine in Fremont, California about 4 miles away from us in what had been a shuttered GM/Toyota plant. Tesla employees are regular customers and we've started seeing Tesla Model S's driving around Fremont and the San Francisco Bay Area. We plan to replace our Maserati Quattroporte with one!

Email ThisBlogThis!Share to TwitterShare to FacebookShare to Pinterest
Posted by Almost Everything Auto Body Repair & Paint at 7:03:00 PM No comments:

The Tesla factory is just down the street from Almost Everything Autobody but we haven't seen a Model S on the road yet. Looks good. Looks very good. It's getting easier being green (and sexier. . . and faster!)

Email ThisBlogThis!Share to TwitterShare to FacebookShare to Pinterest
Posted by Almost Everything Auto Body Repair & Paint at 8:00:00 AM No comments: