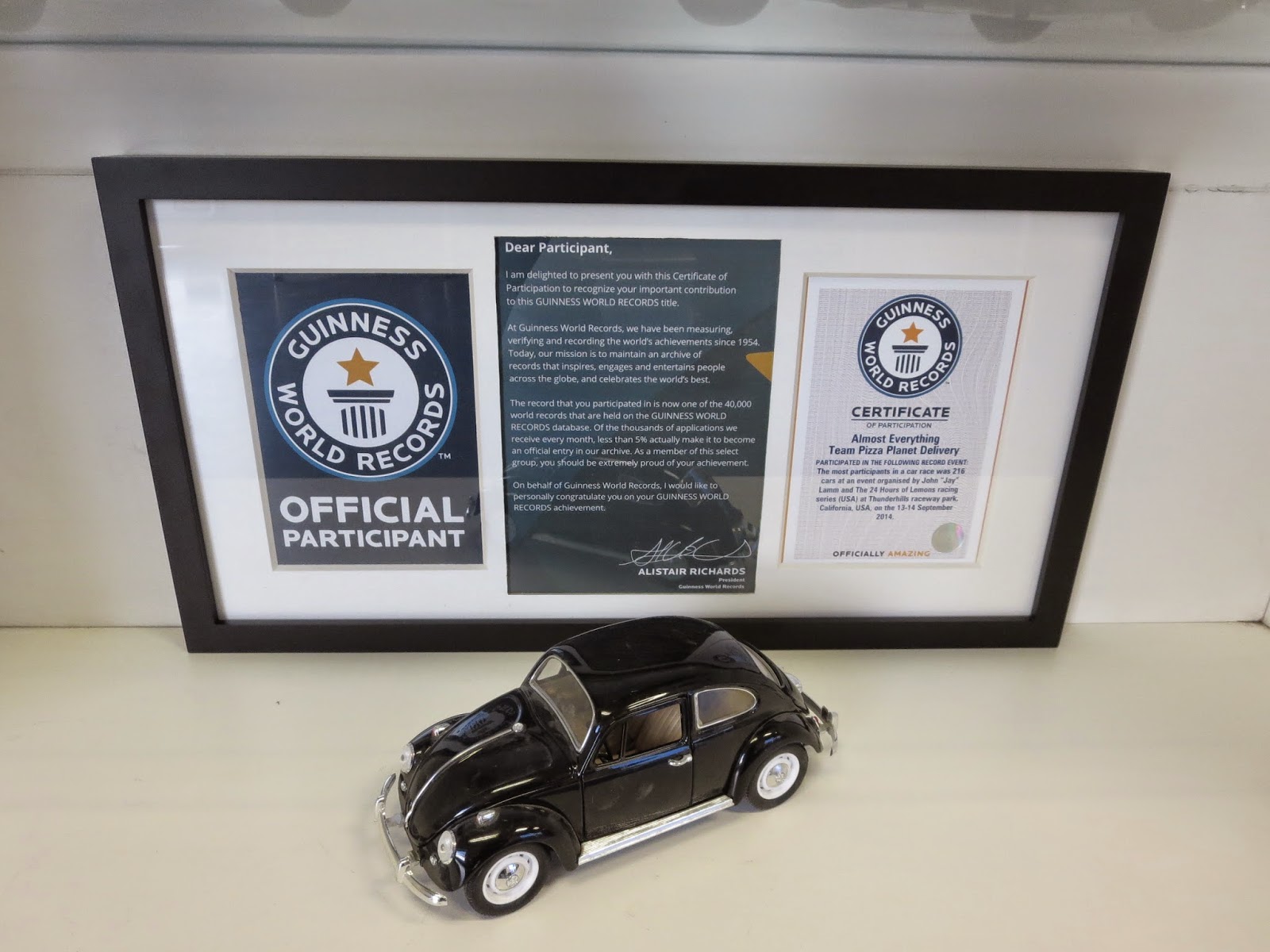 At Almost Everything Auto Body we were flabbergasted when this plaque arrived via our friend Mike Camicia and his cabal of students & ne'er-do-wells. Mike is the local racing legend & Gunn High Auto Tech Instructor.


Mike & team won the award racing their their Pizza Planet Delivery truck (a replica of the cartoon version from the movie Toy Story.) According to Guiness, "Almost Everything Team Pizza Planet participated in the following record event: The most participants in a car race was 216 cars at an event organized by John "Jay" Lamm and The 24 Hours of Lemons racing series (USA) at Thunderhills (SIC) raceway park, California, USA on the 13-14 September 2014."

Almost Everything's admittedly small part in the adventure was sponsorship and moral support. 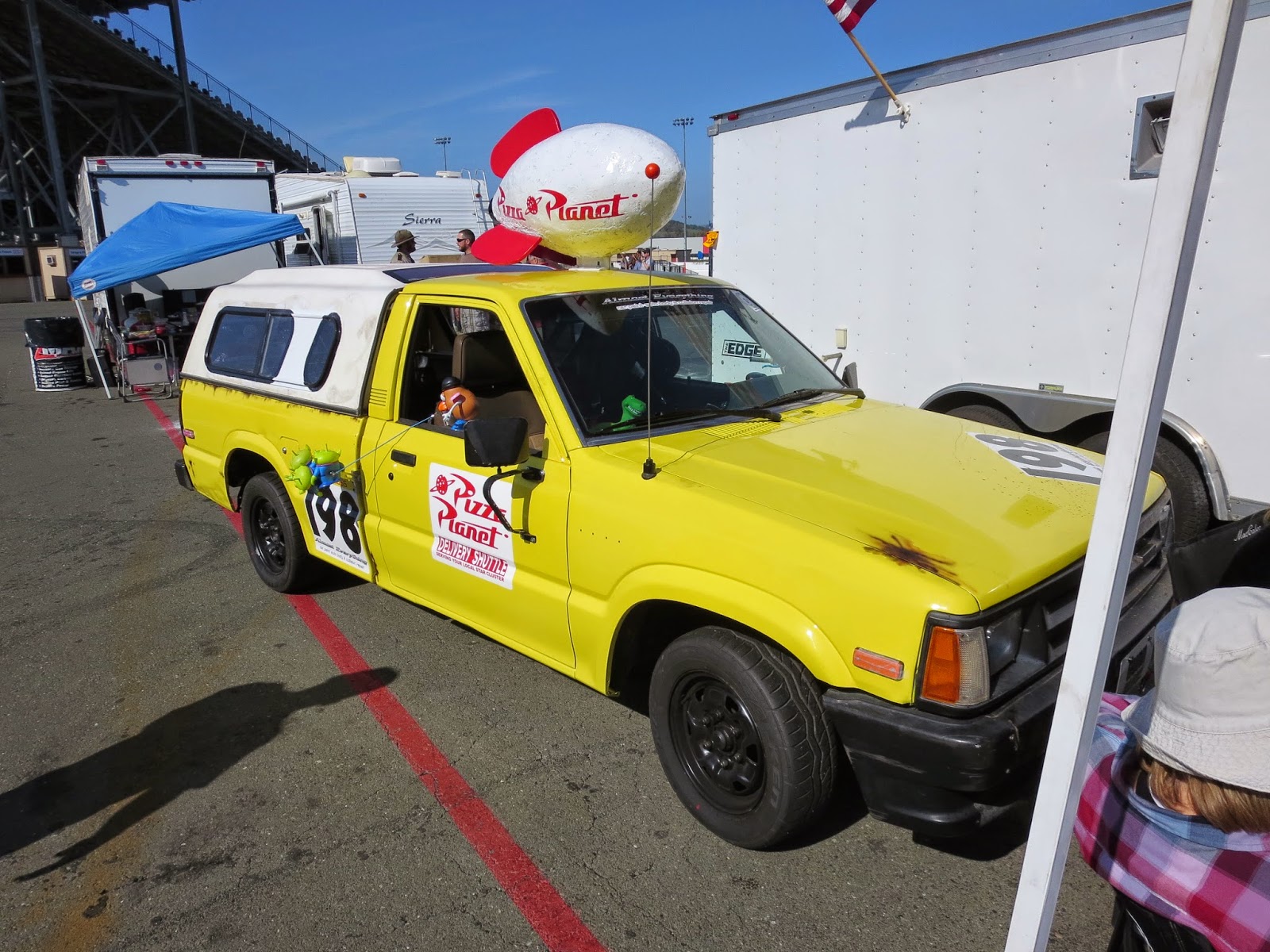 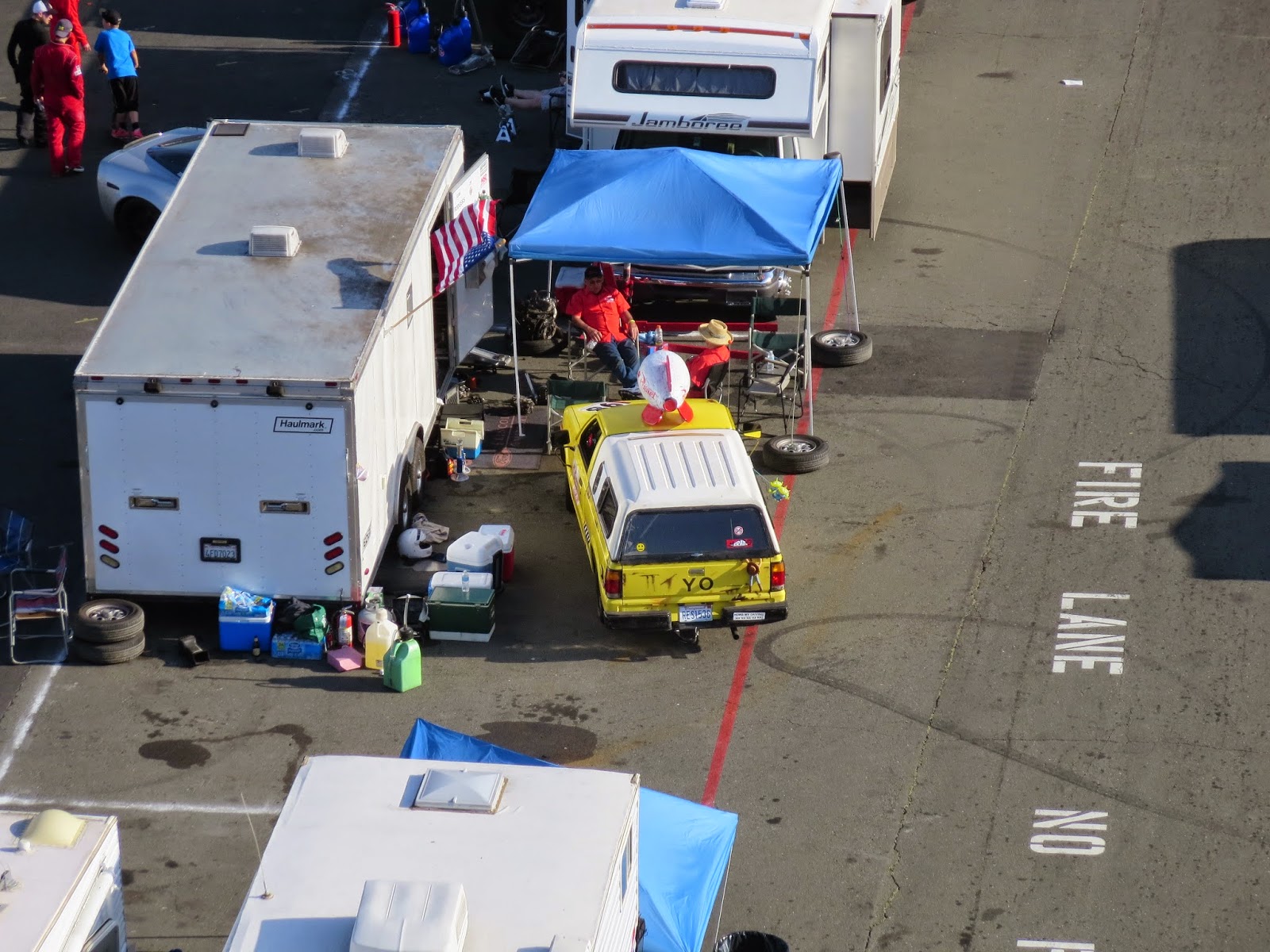 Believe it or not, this is NOT the first World Record that Almost Everything has been a part of. We also sponsored the "Beaver Geezers" 2009 World Speed Record Volkswagen Beetle.
Email ThisBlogThis!Share to TwitterShare to FacebookShare to Pinterest
Posted by Almost Everything Auto Body Repair & Paint at 2:31:00 PM