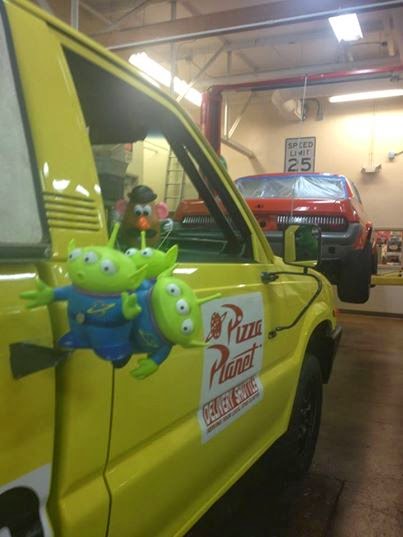 That's right, unlike the $140 NASCAR race a few weeks later, this one is nearly free!

Gunn Auto Tech students created as their LeMons entry a replica of the Pizza Planet delivery truck made famous by Pixar's Toy Story. 24 Hours of LeMons is a humorous take on the oldest, most grueling and prestigious auto race, the 24 Heures du Mans. The real LeMans race is held annually in LeMans, France with top auto manufacturers competing with the fastest cars in the world. The 24 Hours of LeMons is NOT like that. It was established in 2006 by Car & Driver editor Jay Lamm as “Endurance Racing for $500 Cars” (i.e. lemons.) 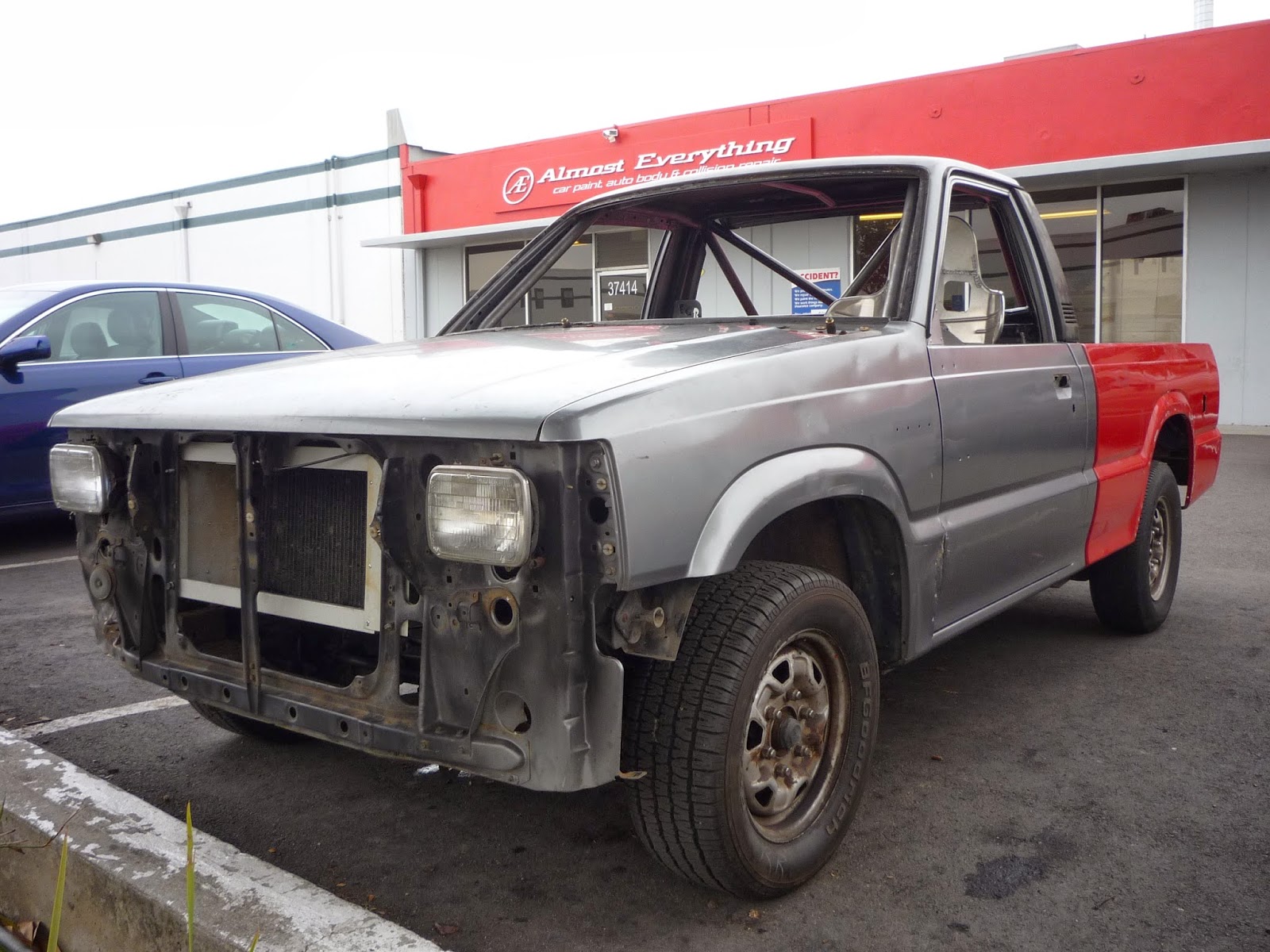 In Process (Painted at Almost Everything): 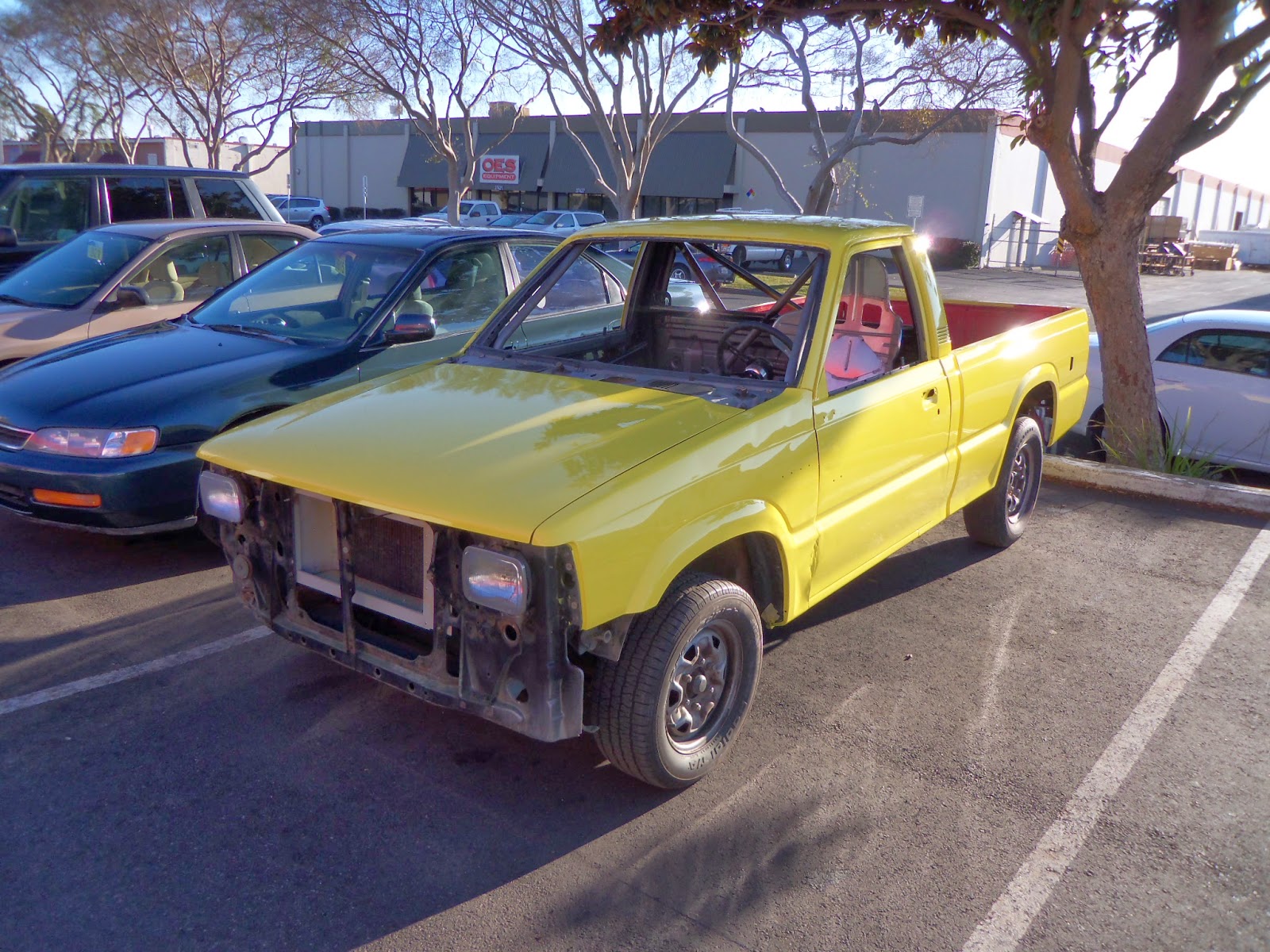 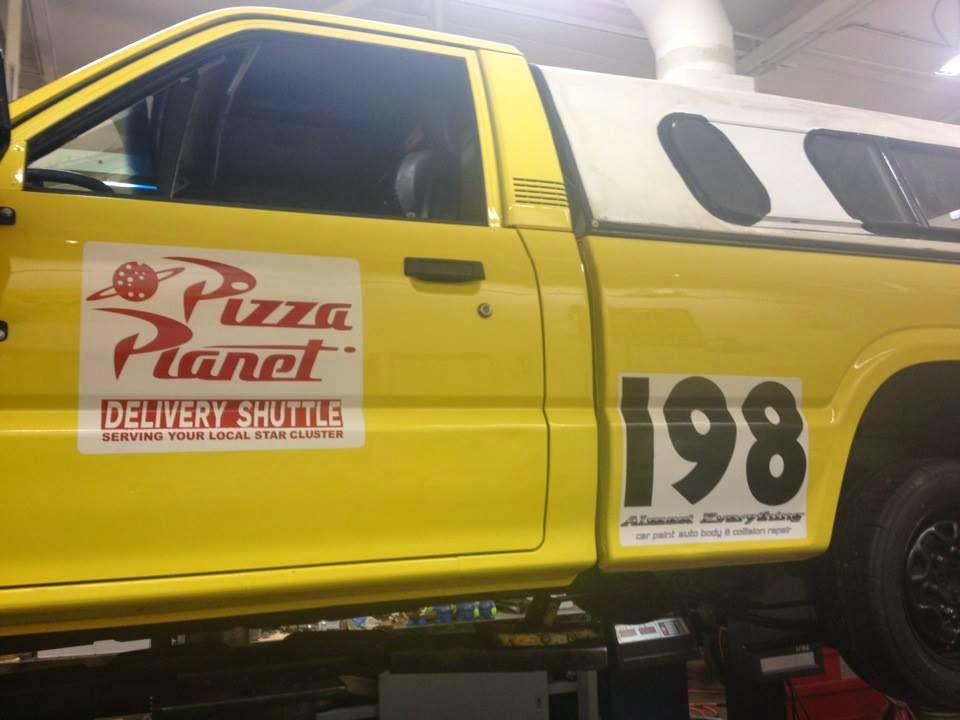 Almost Everything provides support for youth programs in the San Francisco Bay Area through regular sponsorship of the Washington High School Car Show, California School for the Deaf internships, Gunn High School and many other local events. 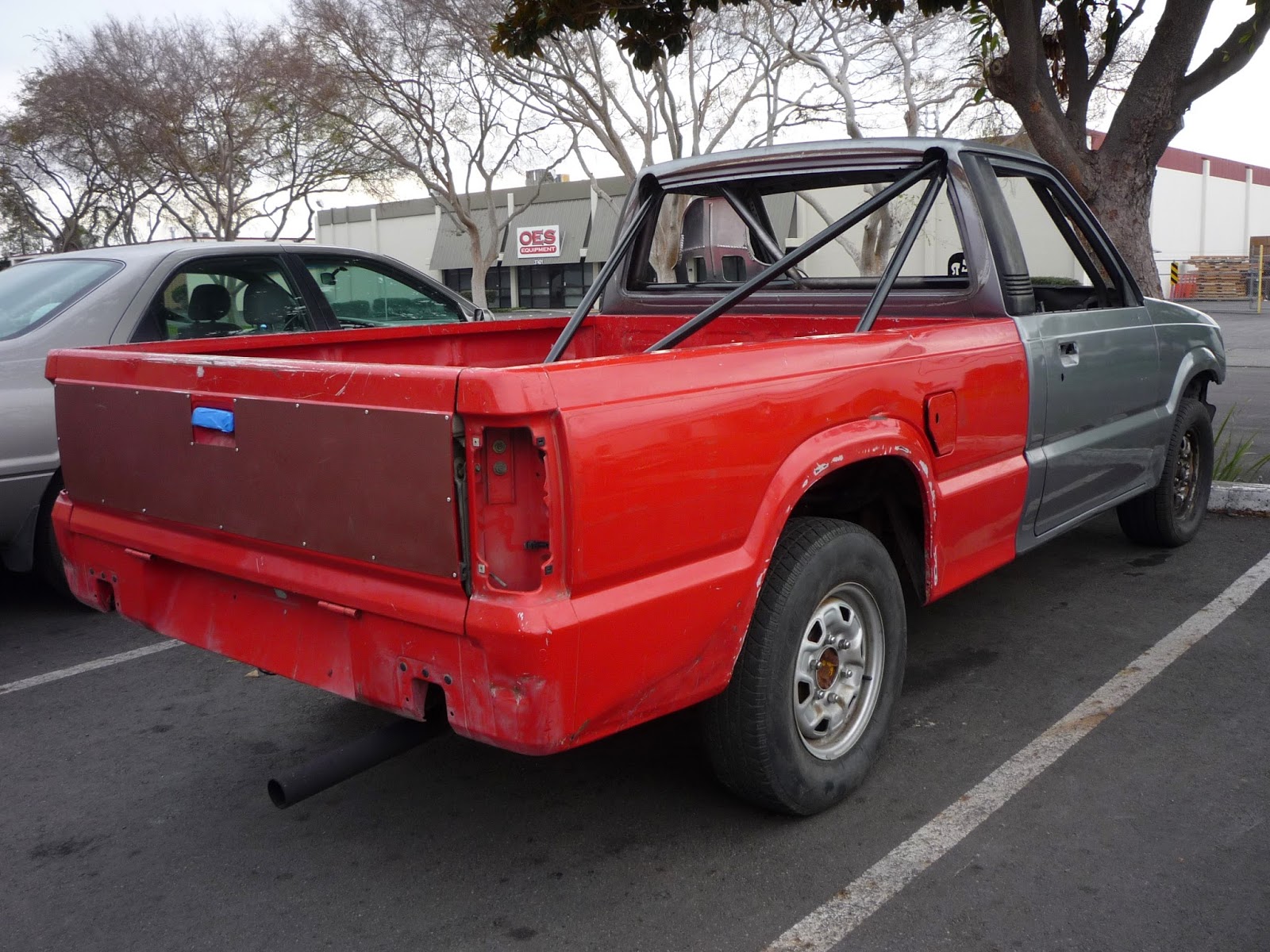 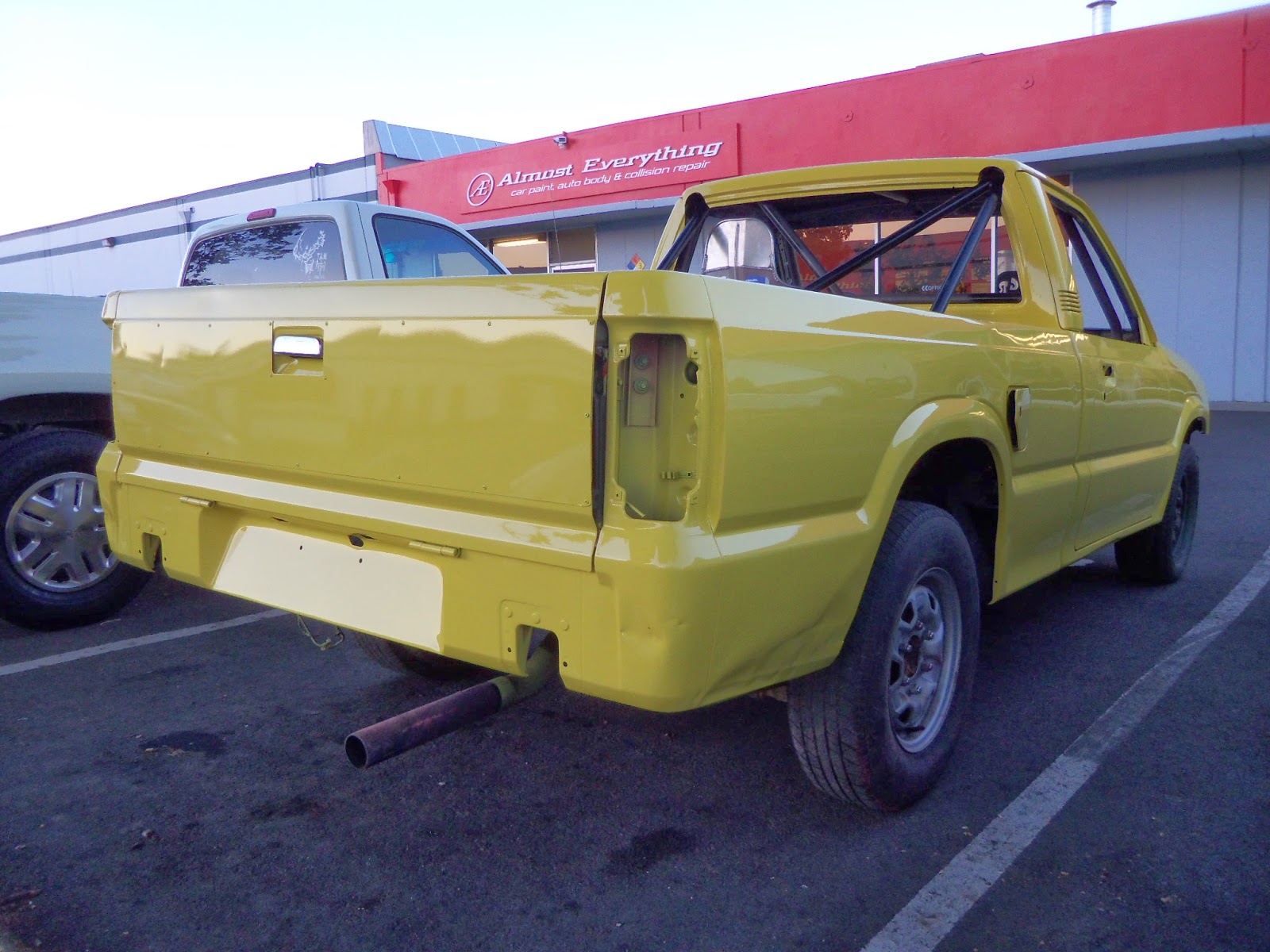 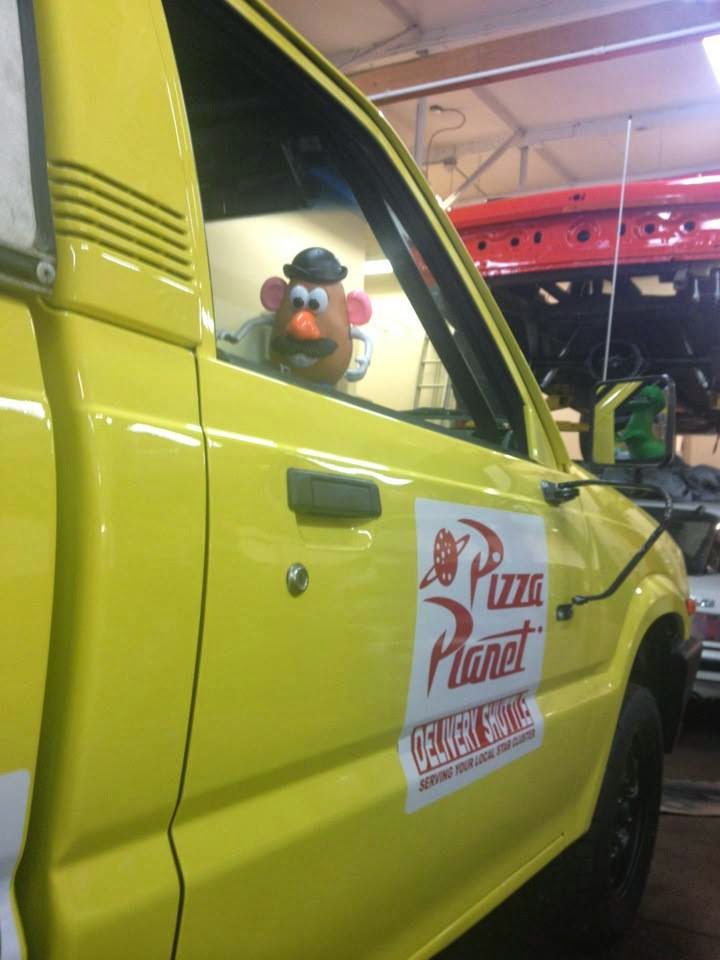 Mike Camicia is the Gunn High School Auto Tech Instructor, an SCCA (Sports Car Club of America) champion and local racing legend. Mike quips that his wife has actually won more SCCA championships that he has. Our kind of family! 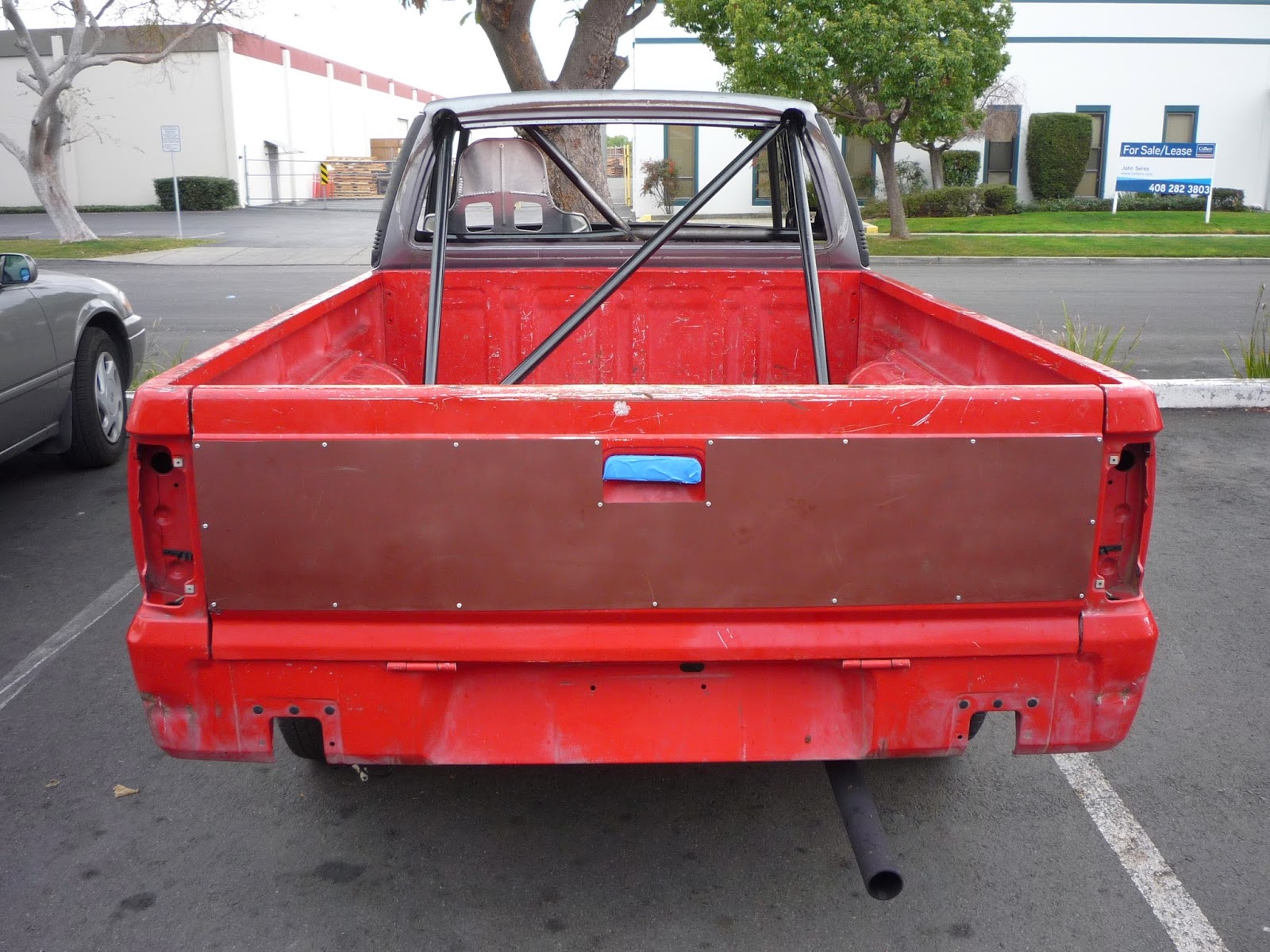 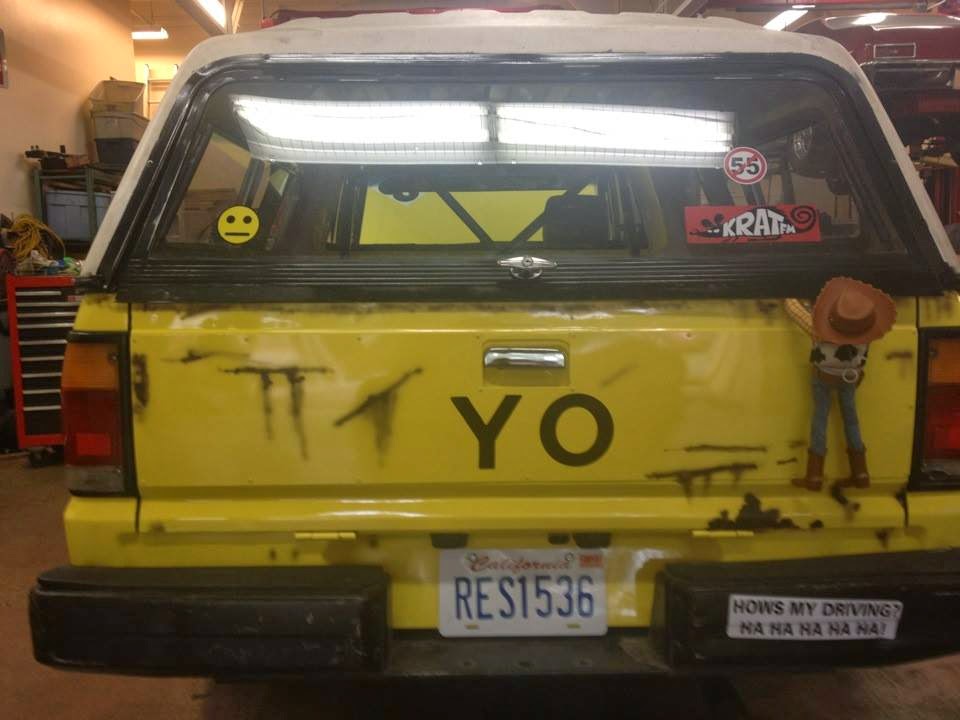 Frank Barnard, Almost Everything's General Manager, says, “Kids that learn to build and race cars for the 24 Hours of LeMons better understand the need for safety, the potential and limitations of cars in general, and the potential consequences of an accident. It's a great education." 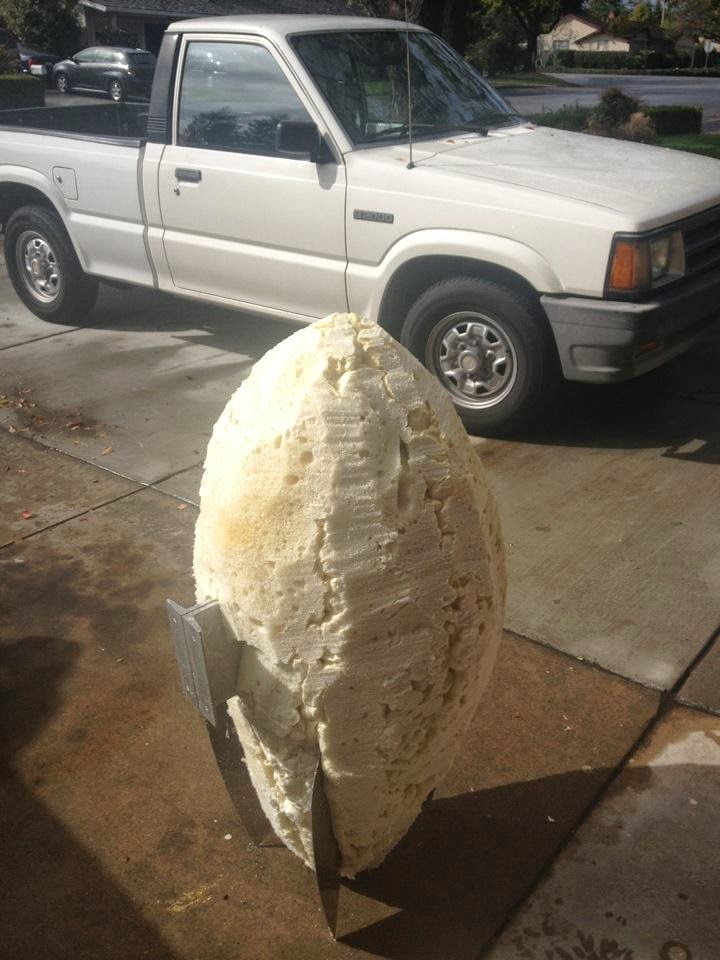 Pixar/Pizza Planet Trivia: amazingly, the Pizza Planet truck has appeared in nearly every Pixar movie to date including: Toy Story (where it first appears), A Bug's Life, Monsters, Inc., Finding Nemo, Cars, Ratatouille, WALL-E, Up, Brave (apparently, pizza and Toyota pick-ups have been popular since the dark ages.) See Wikipedia for the complete list and descriptions of how/where the truck appears.

Email ThisBlogThis!Share to TwitterShare to FacebookShare to Pinterest
Posted by Almost Everything Auto Body Repair & Paint at 8:16:00 PM