Photos & Video of Bentley Continental GT Burning to the Ground

Almost Everything's Wreck of the Day is yet another Bentley Continental GT in flames. Unilke last time, the fire was mostly the owner's fault and partly the fault of the illegal street racers that he ran into (we don't think the Bentley was connected to the street race.) Witnesses reported (and video shows) that he was heading from the airport to Minsk, Belarus at an extreme rate of speed when he crashed into a VW and then 3 other vehicles in the middle of the street for a drag race. You can see a large group of people scattering from the middle of the street right after the crash. The driver escaped before the Bentley caught fire. 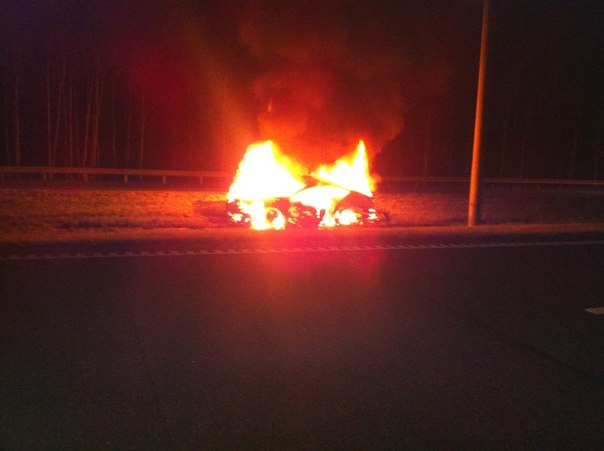 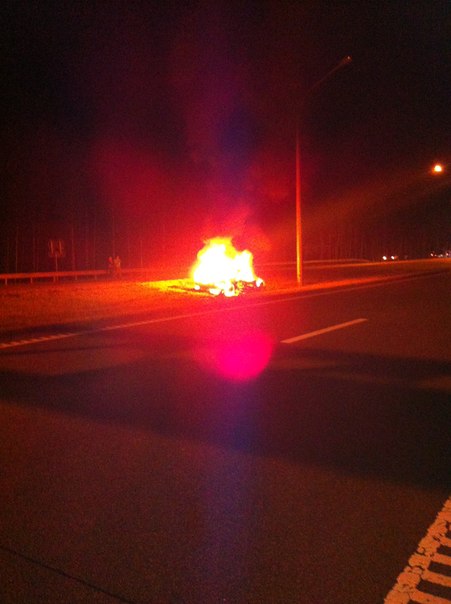 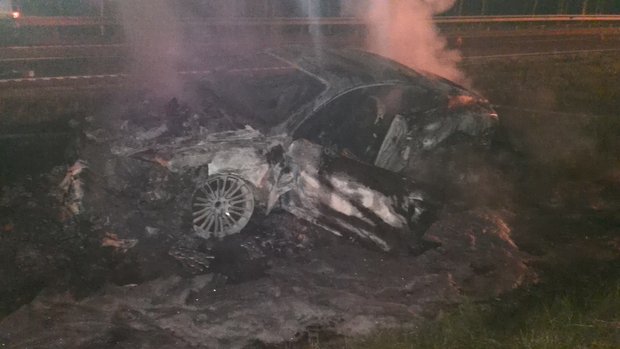 Thanks to WreckedExotics.com for sending us the photos. The rest of the story & video is courtesy of LiveLeak.com.
Email ThisBlogThis!Share to TwitterShare to FacebookShare to Pinterest
Posted by Almost Everything Auto Body Repair & Paint at 12:42:00 PM