I spent a day at the San Francisco International Auto show with my father & friends this past weekend. SF Gate magazine actually published a photo of some of us, David Lehrer & his kids, in front of a Mini Cooper. David has been a great friend for 30 years and has probably been to the car show with me 25 times.

Rolls Royce Phantom Drophead--I think my father got it right when he called it "a Dodge Ram on steroids." It's a whale of a car that isn't as ugly as the current Phantom but this 2-door convertible is surprisingly ungainly up close and one of the few cars that looks better in photos than it does in real life.

Acura--what happened to those beautiful cars from just a couple of years ago? I've gotten used to the "beaks" on the hood and I am drawn to the looks of the TL on the freeway but at the car show I got inside the cars for the first time. They seemed cramped and the interiors weren't as elegant as the previous models. The changes to make the RL look like the rest of the model line are pitiful. I can't be the only one to think so because I don't think I've ever seen one on the road.
Nissan & Infiniti--Where were they?

Cadillac CTS Sport Wagon--in the past few years I've really come to love station wagons. The CTS is a world class car and the Sport Wagon means you can have a lot of driving fun and still haul everything you need. This may be the best Cadillac since my favorites from the 1920's & 1930"s.

Honda Crosstour--Essentially a fastback version of the Accord. This updated design gives the car a handsome, unified look.

Hyundai Equus--A great follow-up to the well-received Genesis, the Equus is a very big car. It looks like the best from Lexus. The interior appears the equal or superior to any luxury brand and the exterior is (with the exception of the anime version of the "Spirit of Ecstasy" on the hood) is sleek, restrained & imposing in just the right way. The spokesperson at the display said that previous versions of the Equus were used by diplomats & statesmen in Korea.


Jury is Still Out:

Jaguar XJ--I have been a Jaguar fan my entire life. I still aspire to own a 1966-1968 S-Type and I think the exterior of the 2003-2009 aluminum-bodied XJ to be the most handsome evolution of the original 1968 body style (even if the interior wasn't.) The 2010 XJ is a big change and I'm not sure I like the gaping mouth on the front but I'm warming to it. The design, and especially the headlamps, work better than they did on the XF. The interior, from what I could see of it, looks intriguing: dark and a bit Blade-Runner/Matrix/5th Element-ish but with subtle splashes of chrome & sparks of light. I guess I'm convincing myself. Let's drive it! 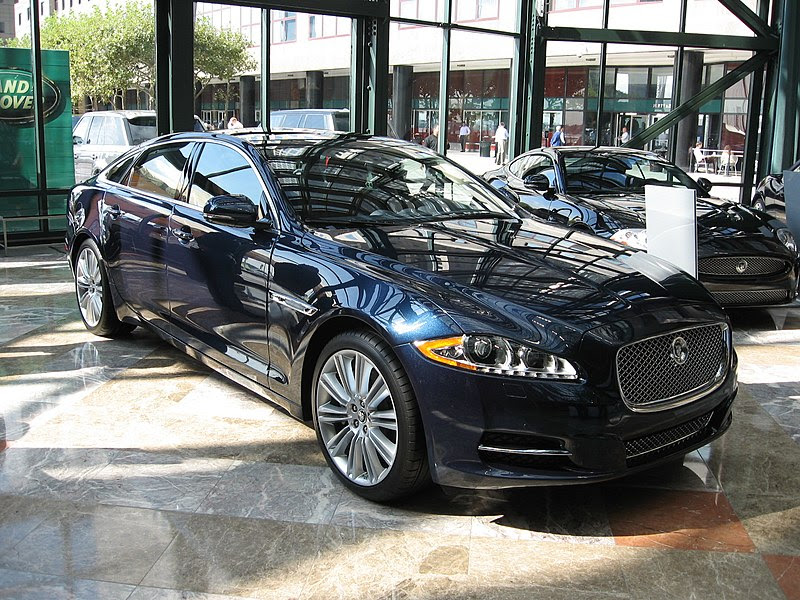