This 2007 Nissan 350Z has a spectacular, three-stage orange pearl paint job. When sunlight hits it, the color fluoresces in shades of gold and even blue and white.

It is difficult to see in the "Before" picture but the car has been severely vandalized. There are scratches going all the way down to the metal. The scratches go half way around the car. 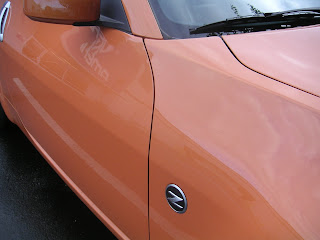 The owner was upset. He did not think that the car could be repaired so that it would look original. He knew he had special paint. Three-stage paints are much more temperamental--there are a lot more variables and process steps to achieve the color intensity and variation than in single-stage and two-stage paints. If any of the steps in the process is slightly off, the special effects can be ruined and the color will be wrong.
He was amazed when he saw the car a few days later after we repaired it. He said, "Wow, you guys are great. I'm going to tell eveyone about you." Thanks, we hope you do!
After: 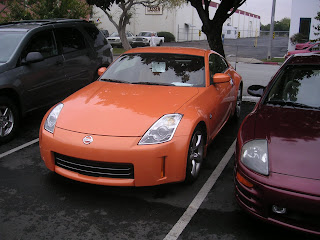 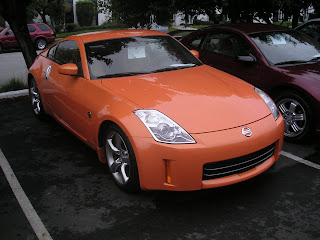 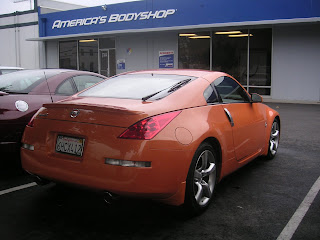 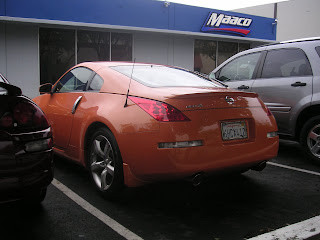 P.S. Can I have your car? It is very cool.
Email ThisBlogThis!Share to TwitterShare to FacebookShare to Pinterest
Posted by Almost Everything Auto Body Repair & Paint at 4:11:00 PM