Sometimes It's Worse Than It Looks

Occassionally the damage is far worse than it looks. We hate being the bearers of bad news but in this case we had no choice. A customer barely clipped his mirror against his garage door opening. He thought he just needed to replace the mirror. His mechanic told him, "No. You need a body shop."

Almost Everything's Car of the Day is a 2012 Nissan Altima. We were shocked at how much damage that little tap had done. The mirror ripped a hole in the door and bent it so air & water leaked around the edges. A new mirror would not fit because of the distorted metal. The window track was also bent so the window could not be used. Both the door and mirror needed to be replaced! 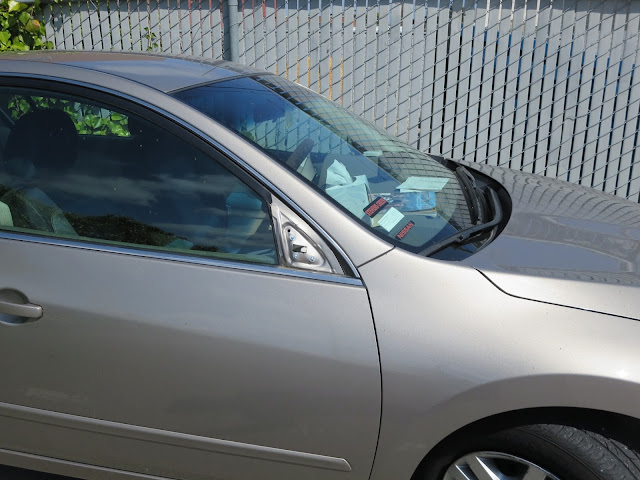 We were able to find a door at a salvage yard. We took it apart, fixed some small dings and painted the interior to match the car. Then we mounted the door and painted the outside. We also blended some new paint onto the fender and the rear door so that the new paint would not look different against the older, faded paint. 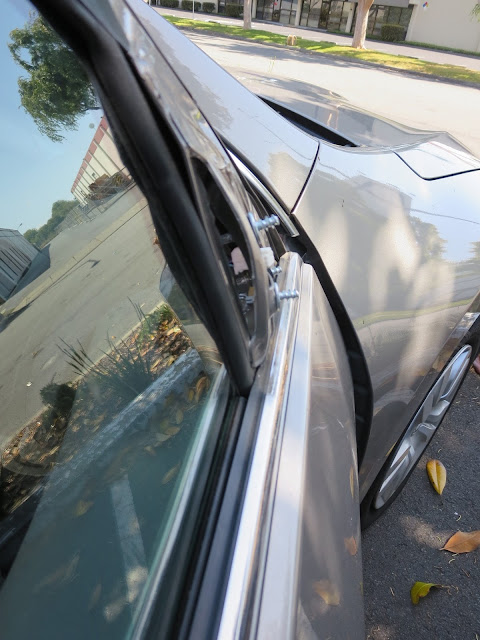 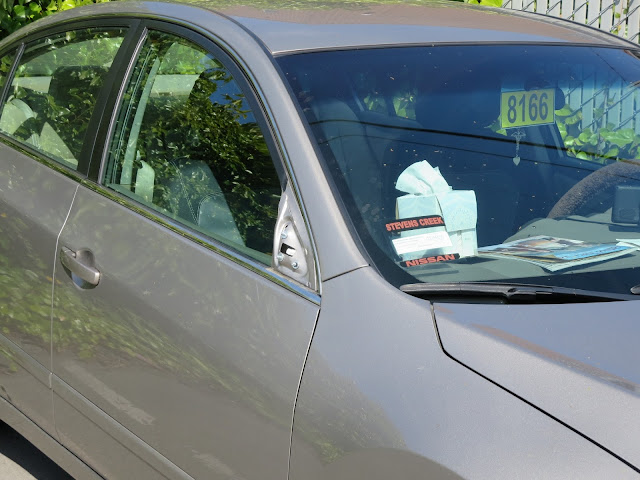 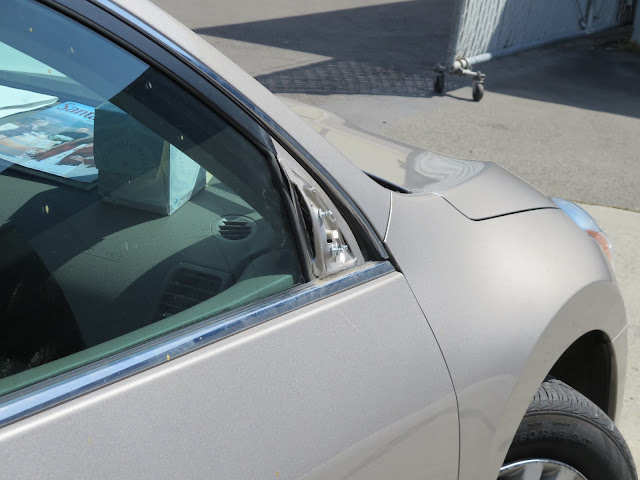 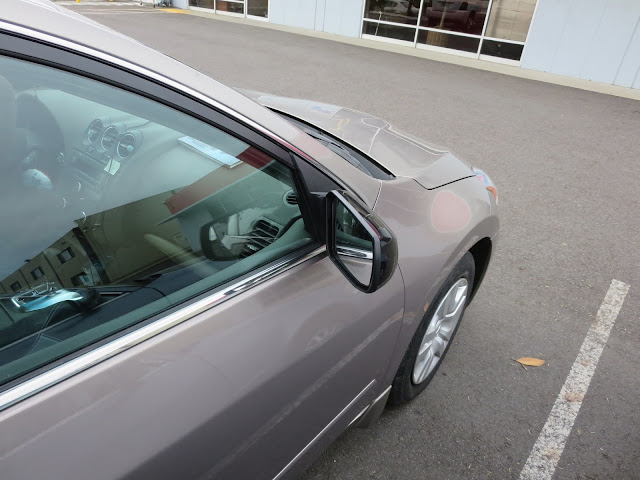 Email ThisBlogThis!Share to TwitterShare to FacebookShare to Pinterest
Posted by Aene Automotive Corp. at 10:51:00 AM