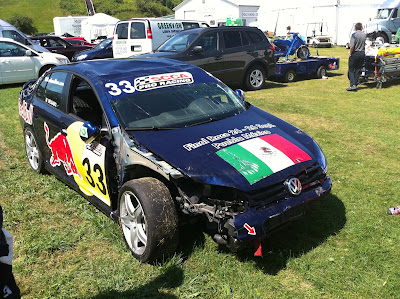 Watch Volkswagen TDI Cup on Discovery Channel. It's an ad for VW masquerading as a reality TV series. . . and it's brilliant! Volkswagen offered an opportunity for young drivers between the ages of 16 and 26 to race in a 10 event series. Qualifiers had to pony up $45K USD (cheap for car, track, crew & training.) Only the top 25 applicants were chosen for the series based on performance in go-kart, physical and technical trials.

The show gives a great sense of how demanding racing is physically and mentally and how difficult it is to rise above the rest to become a champion. Congratulations to all of the young aspirants on the show for making it this far. We can't wait to see the rest of the season.

The racing is also a plug for diesel and Volkswagen's turbo direct injection diesel technology in particular. These cars are quick, thrifty and they never rattle or spew smoke.